How to Restore XP Backup File in Windows 7?

The Built-In NTBackup Utility: In MS Windows, there is an built-in backup utility system called NTBackup, which is made available to Windows users so that they can safeguard their valuable data files from getting lost. It is possible for you to create backup copies of original data using this backup system. When corruption strikes, it damages original files and this is when, NTBackup roves useful to you as it helps you to restore the lost data from the backup copy of original file. Initially, NTBackup was introduced with Windows NT version and later on, it came as a part of Windows versions that were released after Windows NT (up to and including 2000, XP and 2003).

NTBackup – Not a Part of Windows 7: In Windows Vista OS version, NTBackup is replaced by the 'Windows Backup and Restore Center'. This uses the VHD or Virtual Hard Disk file format. Here, the data backups are supported to modern storage media (including DVDs and image-based full system backups). However, in Windows 7, which is the latest version of Microsoft Windows Operating System, NTBackup is not included.

Install NTBackup On the Machine Having Win7 OS for Restoring XP Backup: If you have the requirement to restore backup file of XP in Windows 7, then  you will have to first install NTBackup on your machine. Microsoft has given the facility to download NTBackup from Microsoft website. In Windows XP, the backup must have been created using NTBackup, which is not a part of Windows 7. Now, for restoring XP backup file to Windows 7, you would need NTBackup. This is because, only after installing it on the system, you will be able to restore Windows XP backup in Windows 7. The reason for this is that only after installing NTBackup, it will be possible to read BKF files in Win7. You have the facility to download NTBackup from Microsoft website free of charge. Also, there is another way to install NTBackup on your system, which is given below:

Alternate Method for Installing NTBackup: Here is another way to install NTBackup:

Second Step towards Windows XP Backup Restore Process: Second step that will help you get a perfect answer to your question, "how to restore XP backup file in Windows 7?" is to use a third-party backup recovery tool. The backup file restore process in Windows 7 involves two steps – first to install NTBackup and second to use a third-party backup recovery tool if your NTBackup BKF file is corrupted. After downloading NTBackup, your second step towards Windows 7 restore of XP backup process involves obtaining a third-party BKF recovery tool. You can use BKF Repair software, which is a widely used tool for this purpose. 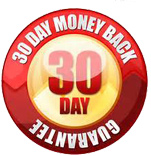